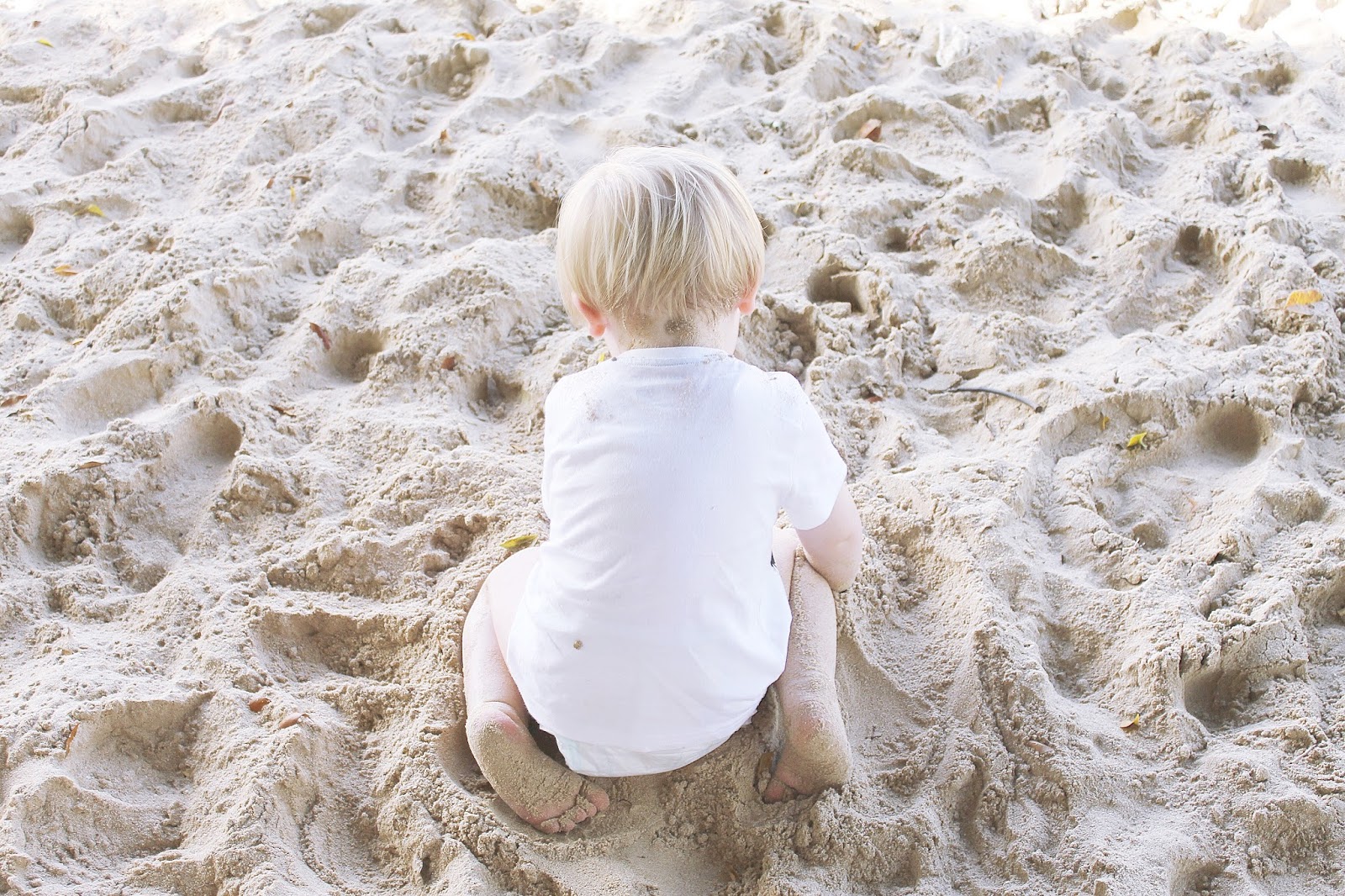 In December I took our two year old baby across the entire North Atlantic to experience his very first slice of island life. We left behind a winter wonderland cold, grey world and landed twelve hours later, sleep-sodden

and confused, taking in hot, fragrant, musical, Caribbean night air. We stayed on the west coat, in Holetown, St James and it felt a whole different world away from our home in the Lakes and the descent in to winter. 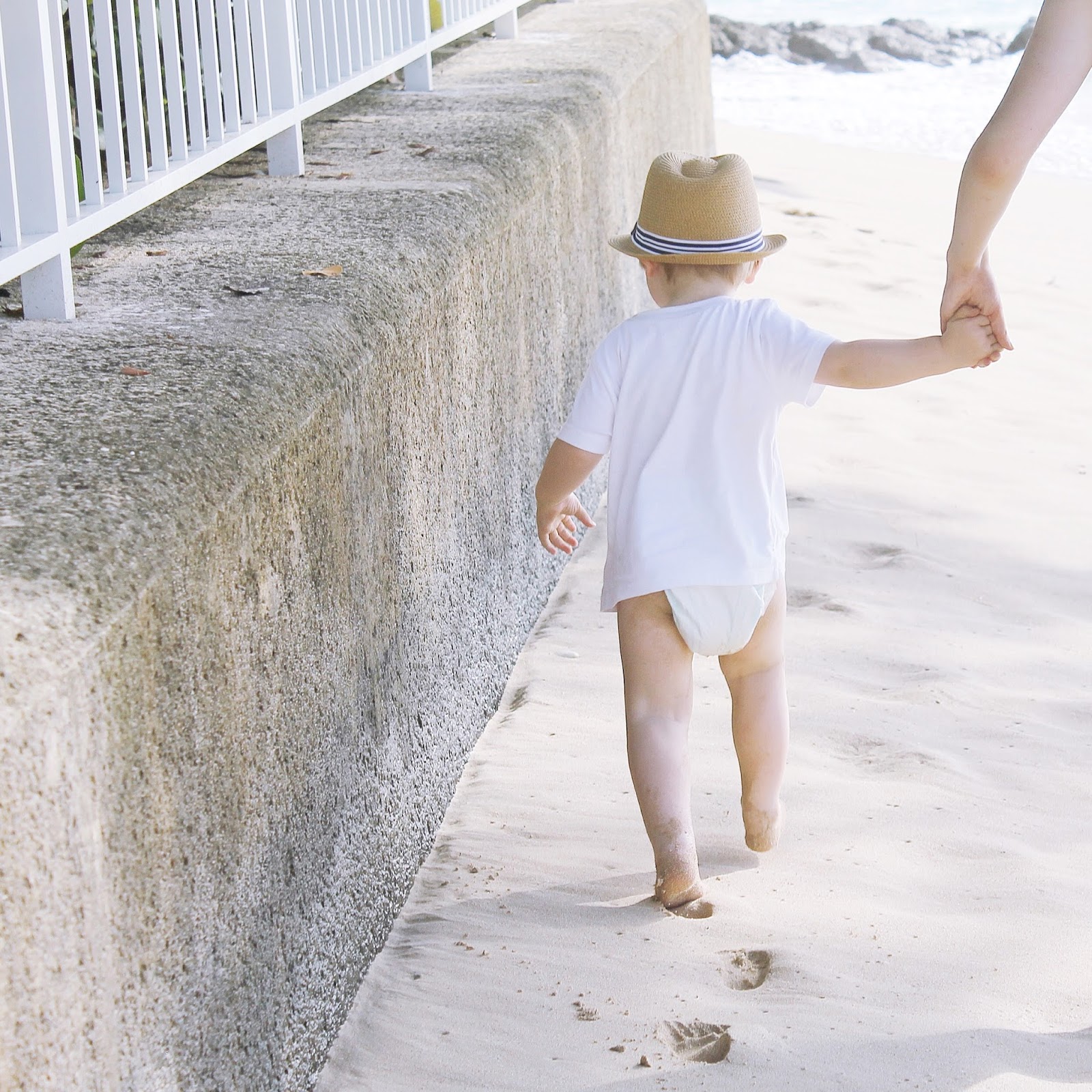 The flight was the hardest part, especially as it lasted twelve hours. Oscar tried to behave so well and having to sit down most of the time was such a help, I didn’t have to run after him or watch him constantly. We somehow fought through the hours, one by one, until Oscar woke up unexpectedly from a five minute nap and a tumultuous tantrum ensued. He screamed and writhed and I didn’t know how to manage, I don’t know how we coped. We landed at Antigua and I cried in desperation as we were told it would be another two hours on the plane before takeoff due to technical problems. Forty five mins after takeoff we finally touched down! 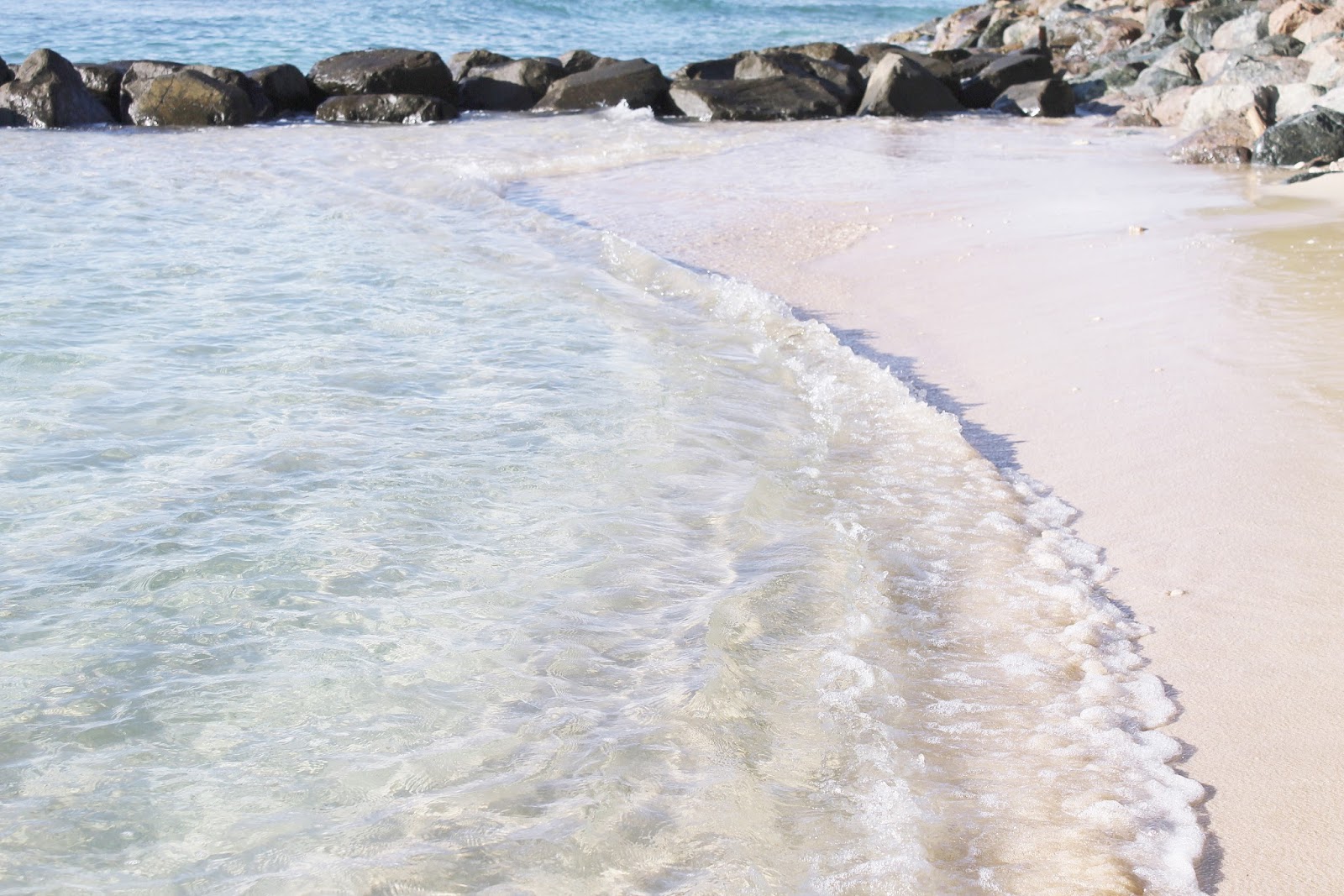 I spent the first few days resting and trying to get my head around a thousand things at once, how we had been transported to the other side of the planet and how unbelievable that felt. The whole idea of crossing the entire world to get there seems like such an incredible feat, I still can’t believe it’s possible to do that haha. 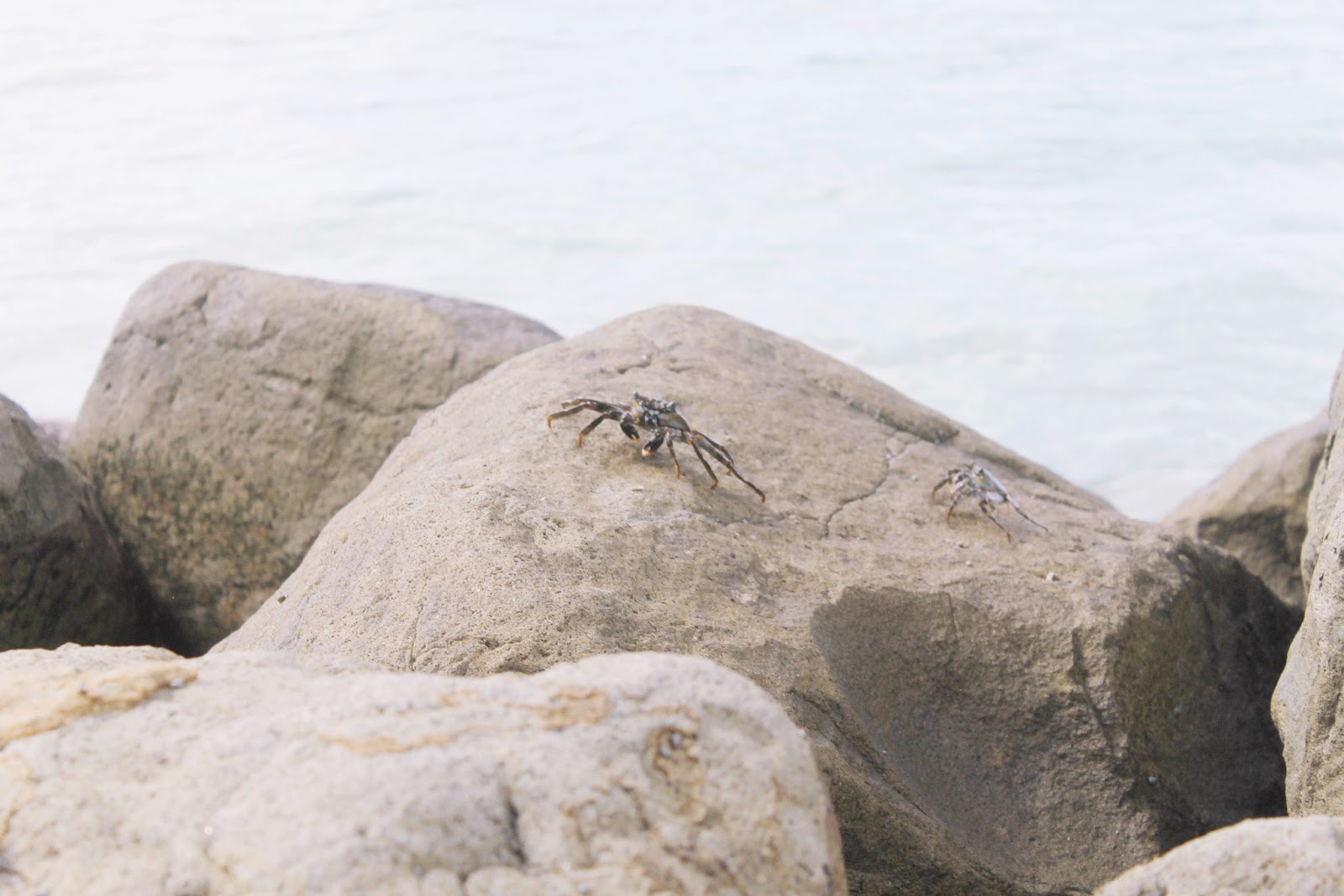 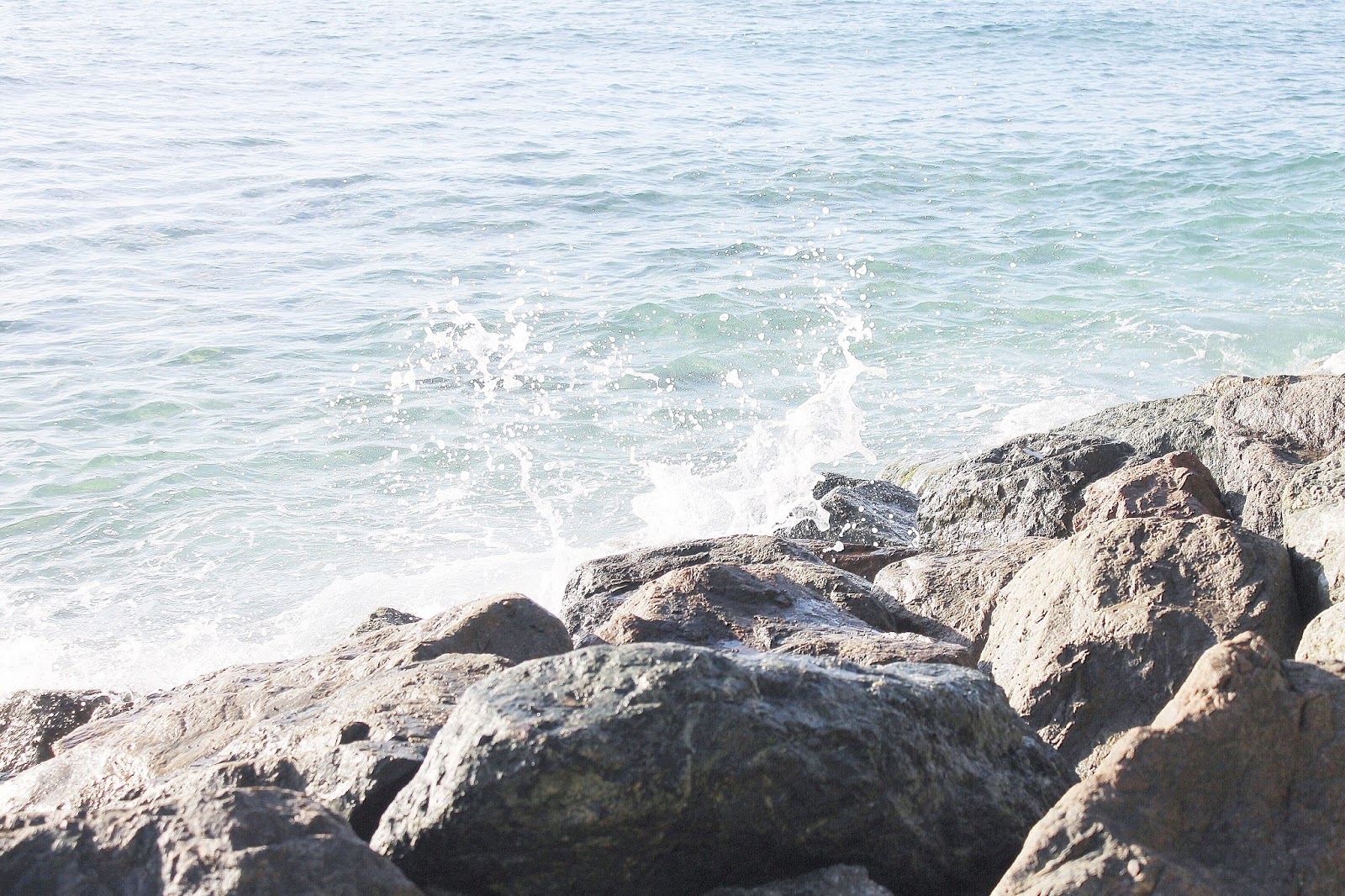 Every day we visited the beach as we were only five minutes away, a really pretty curl of shore and a walk that under passed fig and mango trees, palms swaying in the breeze by picturesque avenues, one that was possible to make bare footed if you didn’t mind braving the roads, hot like coals, or the grass prickling your feet. 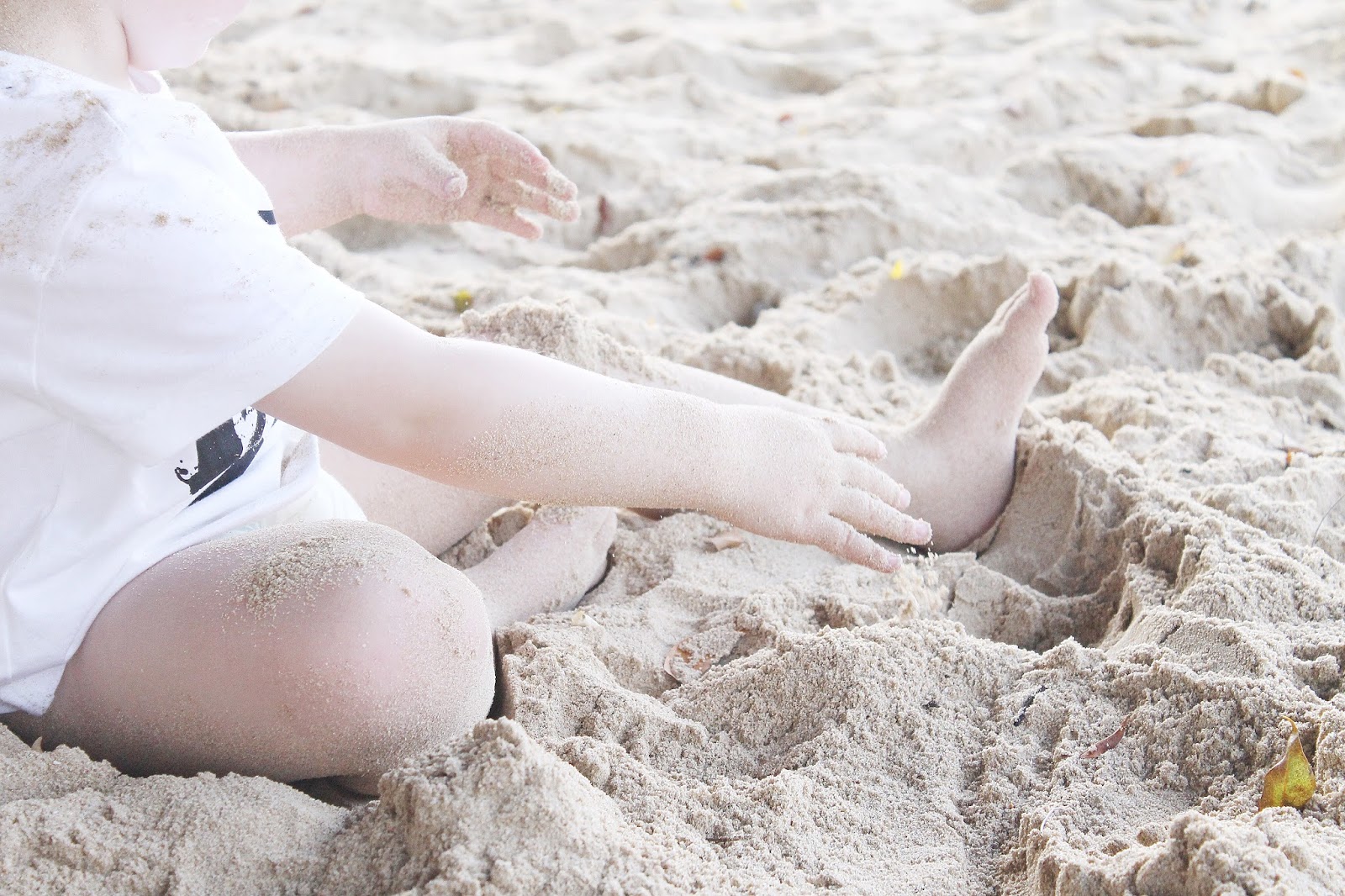 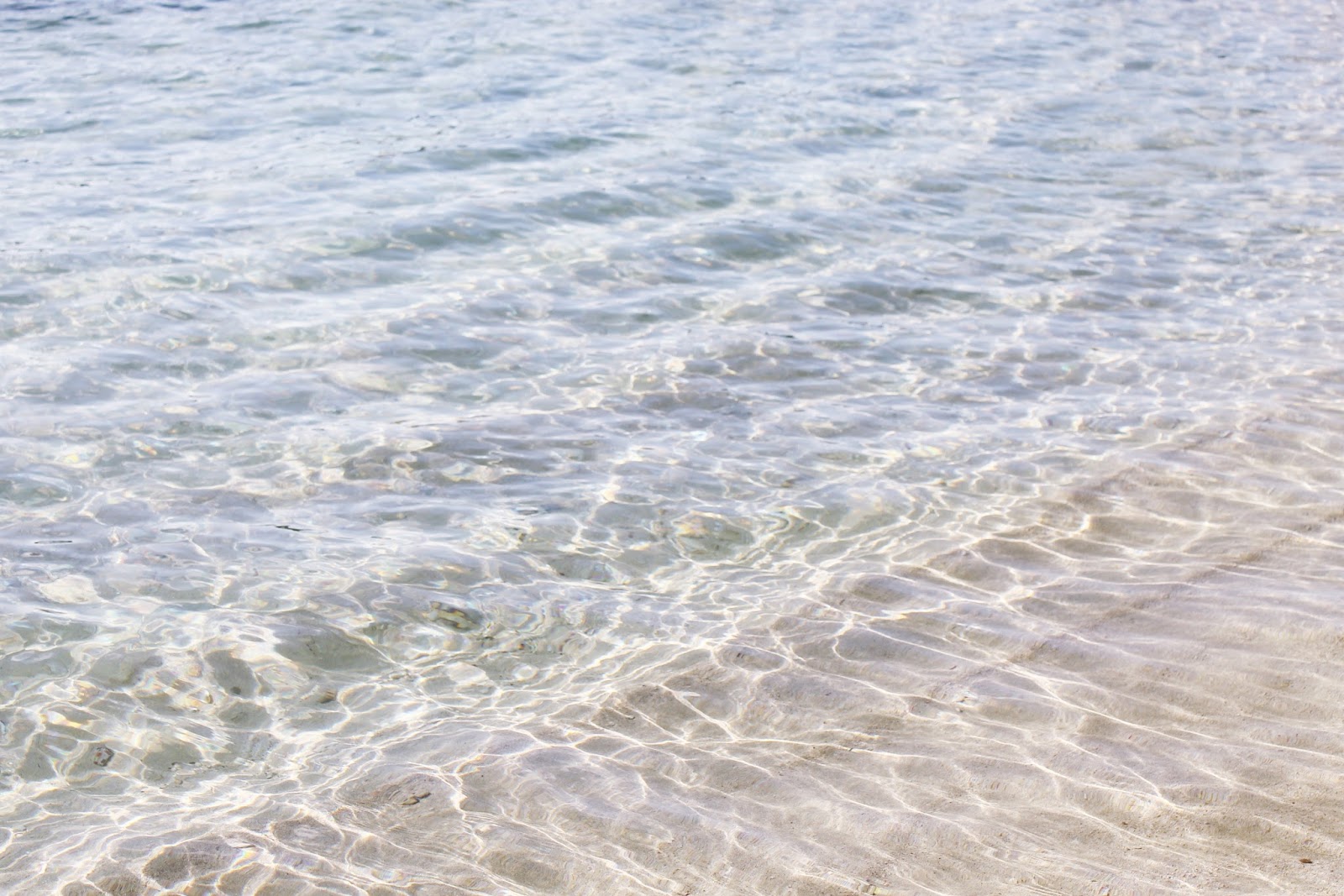 The ocean was completely calm on seven days out of the ten we were there and I couldn’t believe how warm it was and easy it was to swim in, to float there, as if it were some great natural swimming pool. A stretch of shallows was laced with coral pieces and shells so it was only a little uncomfortable to climb out again but you could be standing in thigh deep water and spot a shell on the sand underneath, it was that calm and clear. 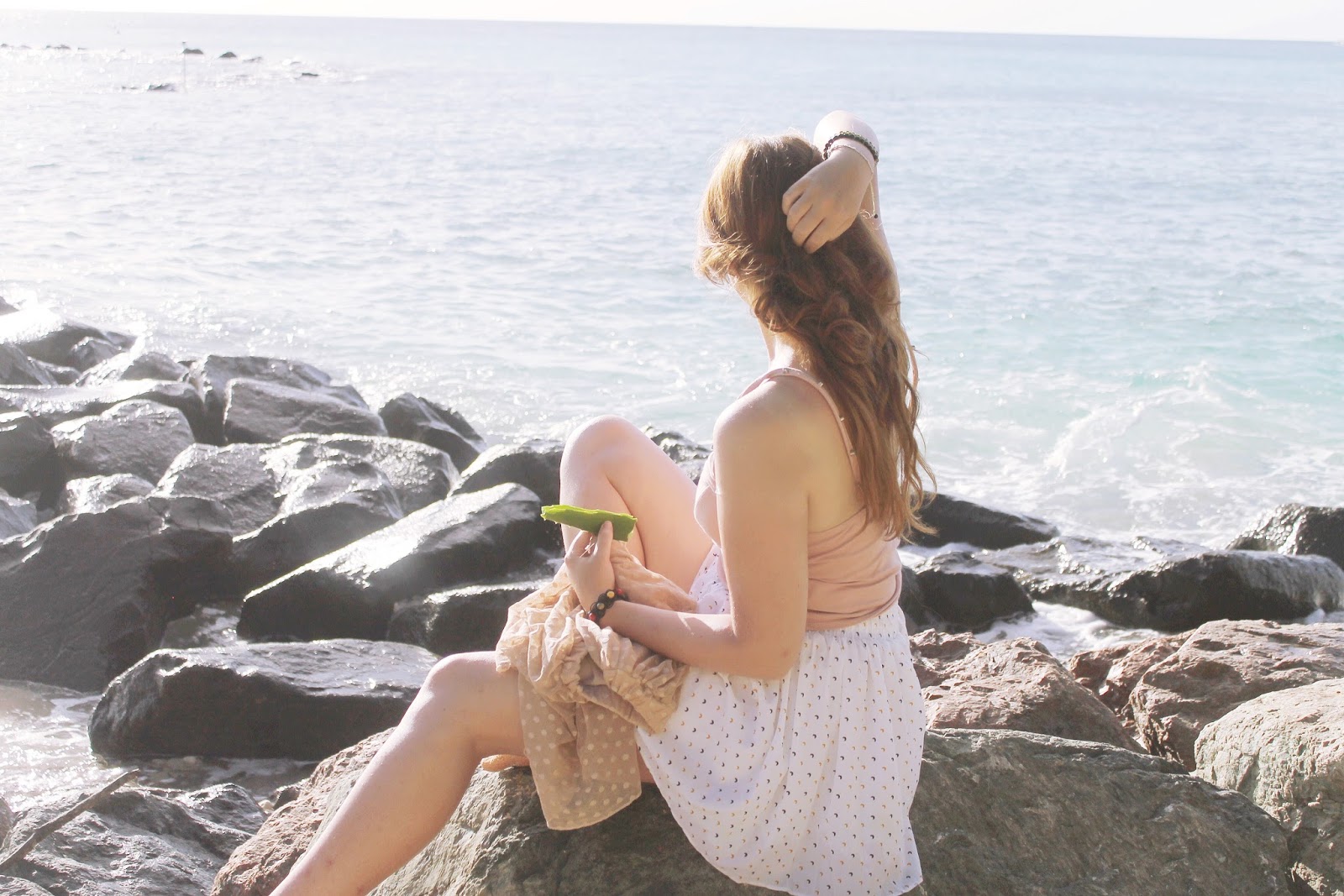 Just before we took these photos a man approached us with some aloe vera and gave us a free sample. There were a few sellers up and down the beach who would try and sweet talk you but everyone we met seemed really genuine and friendly even the woman I managed to kick outside the medical centre, I am so sorry 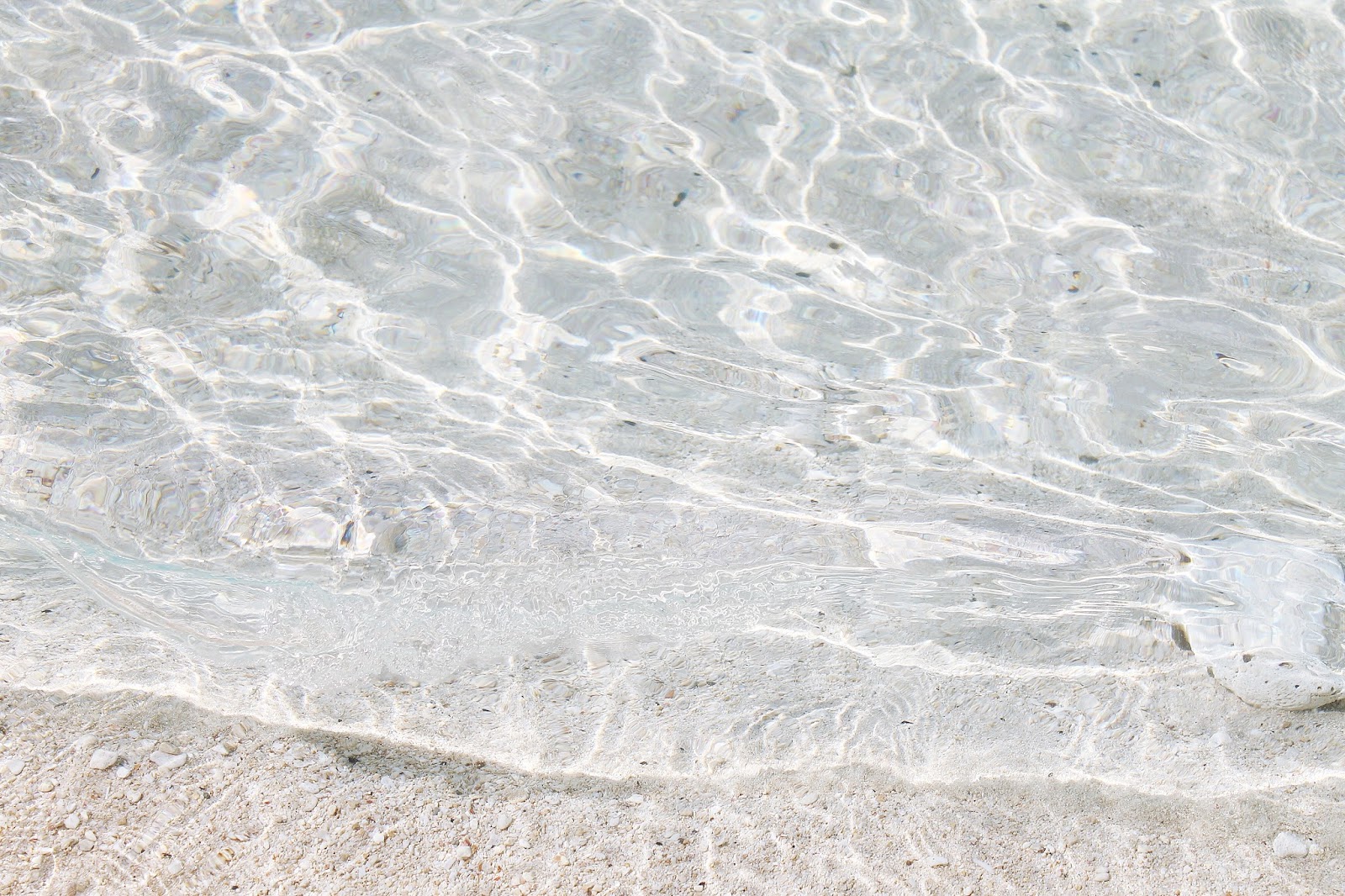 The water was utterly mesmerising, the sea was like a rolling sheet of crystal. I remember comparing it to picking up a quartz geode and seeing all the different colours sparkling and dancing in the sun. It was difficult to capture the turquoise ripples moving through it. We even spied Simon Cowell’s yacht on the horizon! 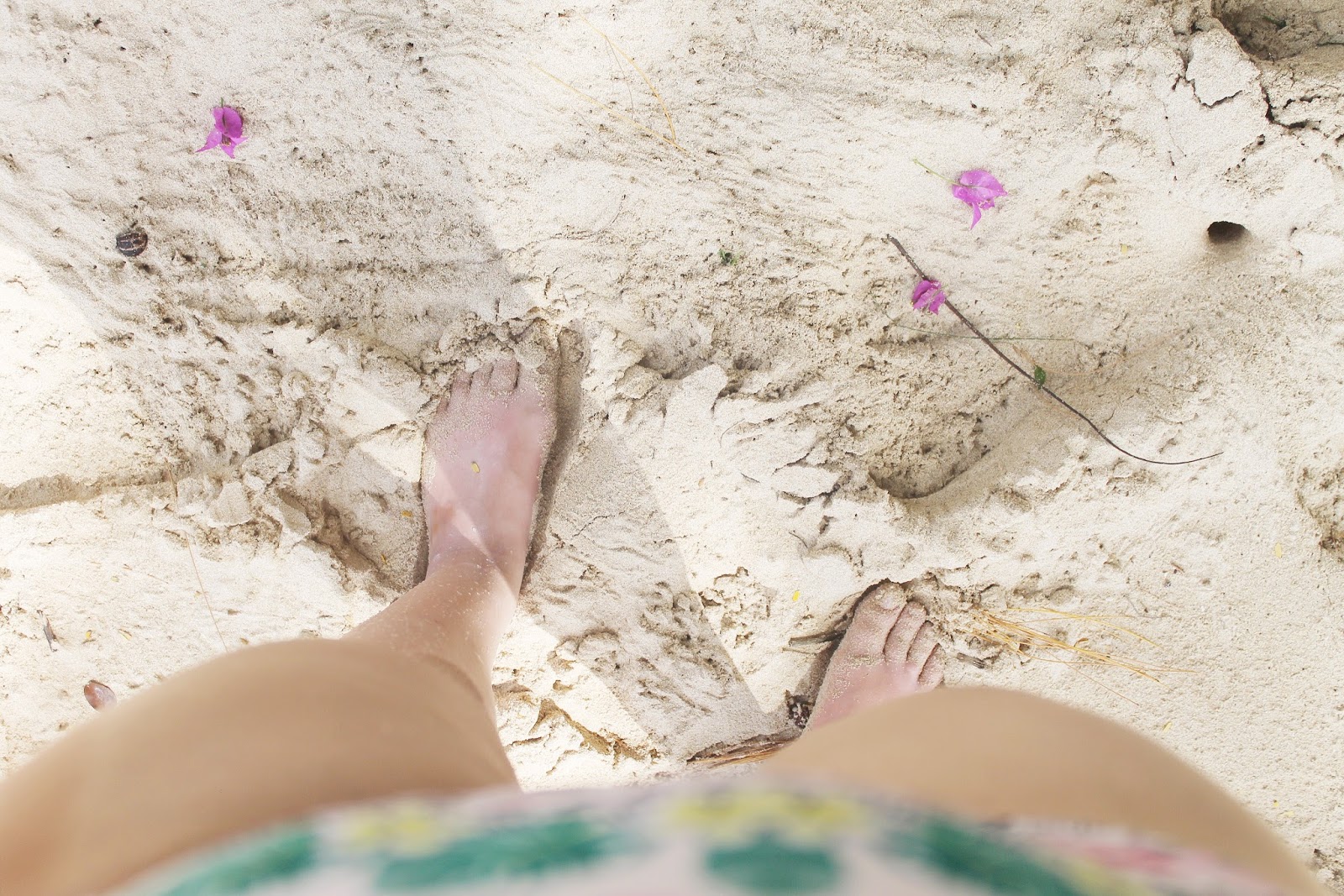 Casually padding back home barefoot, bag slung over my back, forehead glazed with sweat, scored with sun freckles and setting sun and breeze glowing through the palm trees, I honestly felt like I had embarked on some kind of Moana adventure, it was everything I hoped it might be and more. We adored the little birds that flew in our house in the daytime and would perch on the furniture right beside Oscar, which he loved! 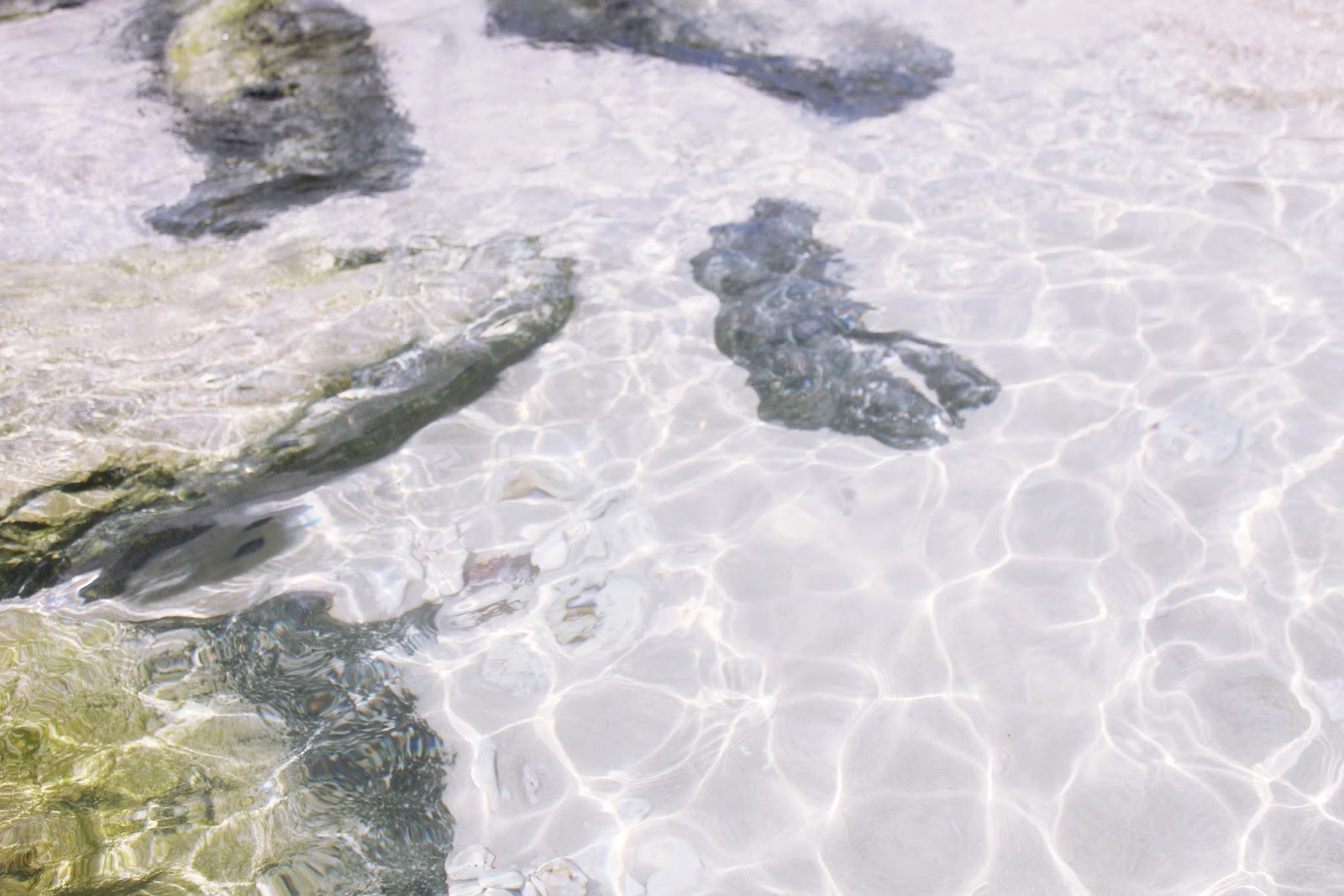 I swear the Caribbean holds part of my soul, something within me awakens when I am surrounded by frangipani, turquoise waters, swaying palms, little shacks and chattel houses. There’s that soulful vibe that runs through everything, there’s so much vivacity about the island and yet it is steeped in sweet balmy, nectar sunshine and a sense of timelessness, days measured by the rhythm of the waves, to-ing and fro-ing. 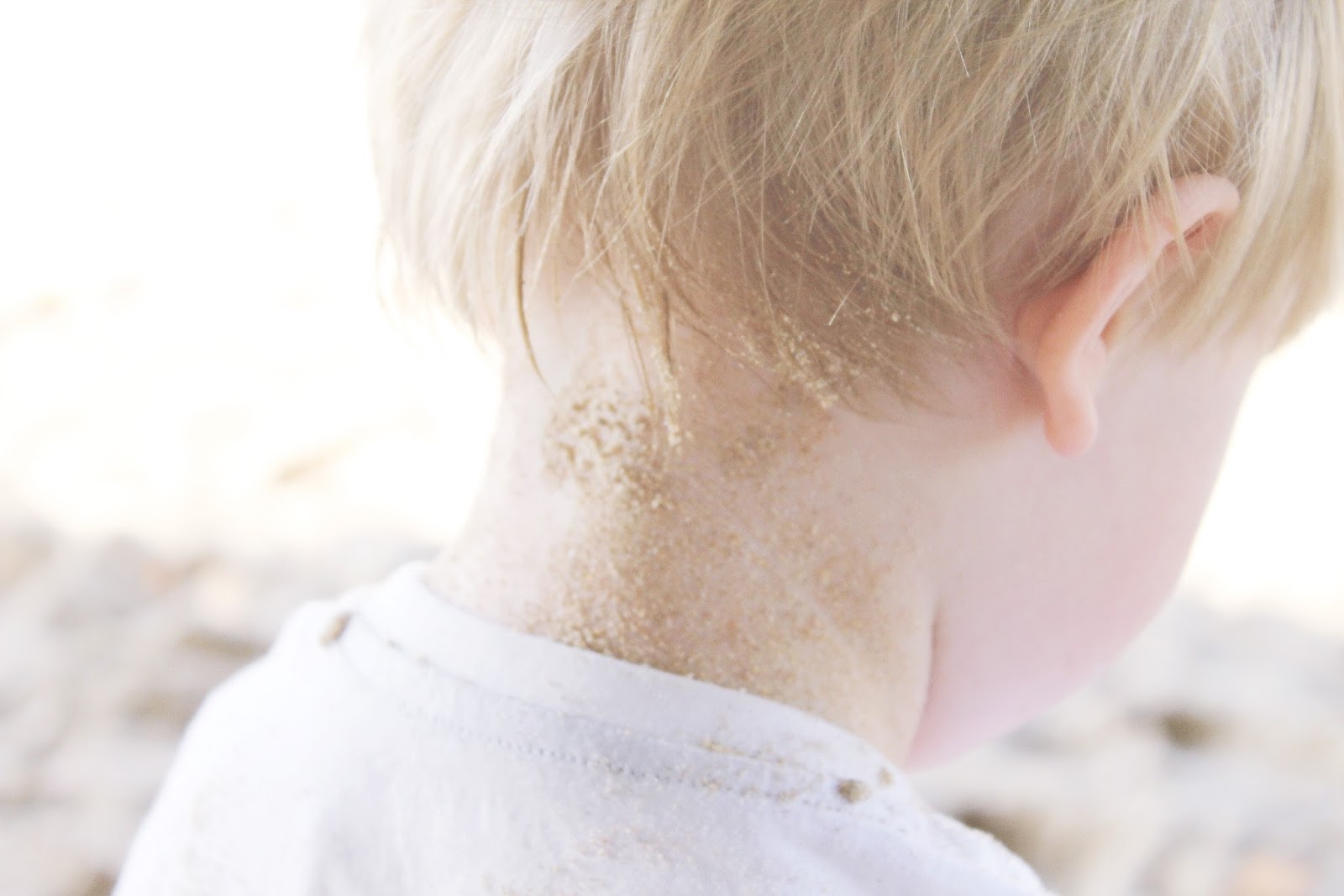 Oscar loved the supermarket, the cinnamon frosties there, going outside naked, splashing in the pool, digging in the sand, the little birds that came visiting, the trail of ants he found outside, all the pretty flowers and running about from one end of the house to the other, a constant wet lick of sweat on his forehead. 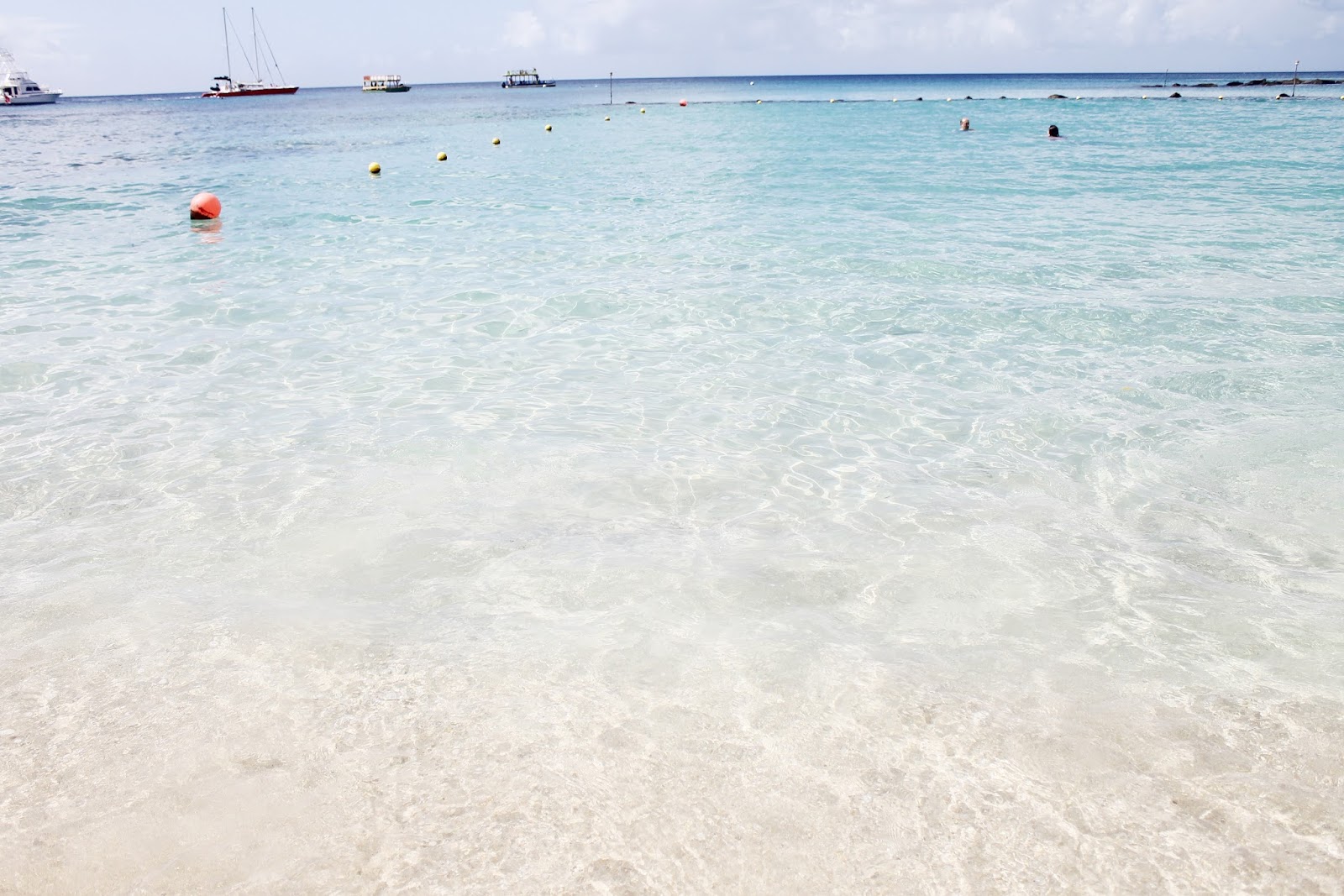 Every day was a whole new sensory experience, we relished the freedom of not having to dress, layer and suffocate in clothing. Instead we clothed ourselves in hot sunshine, the grainy rub of sand, dried seawater, mermaid attire. So sorry this post is a bit photo heavy, I couldn’t choose which ones so just included them all! 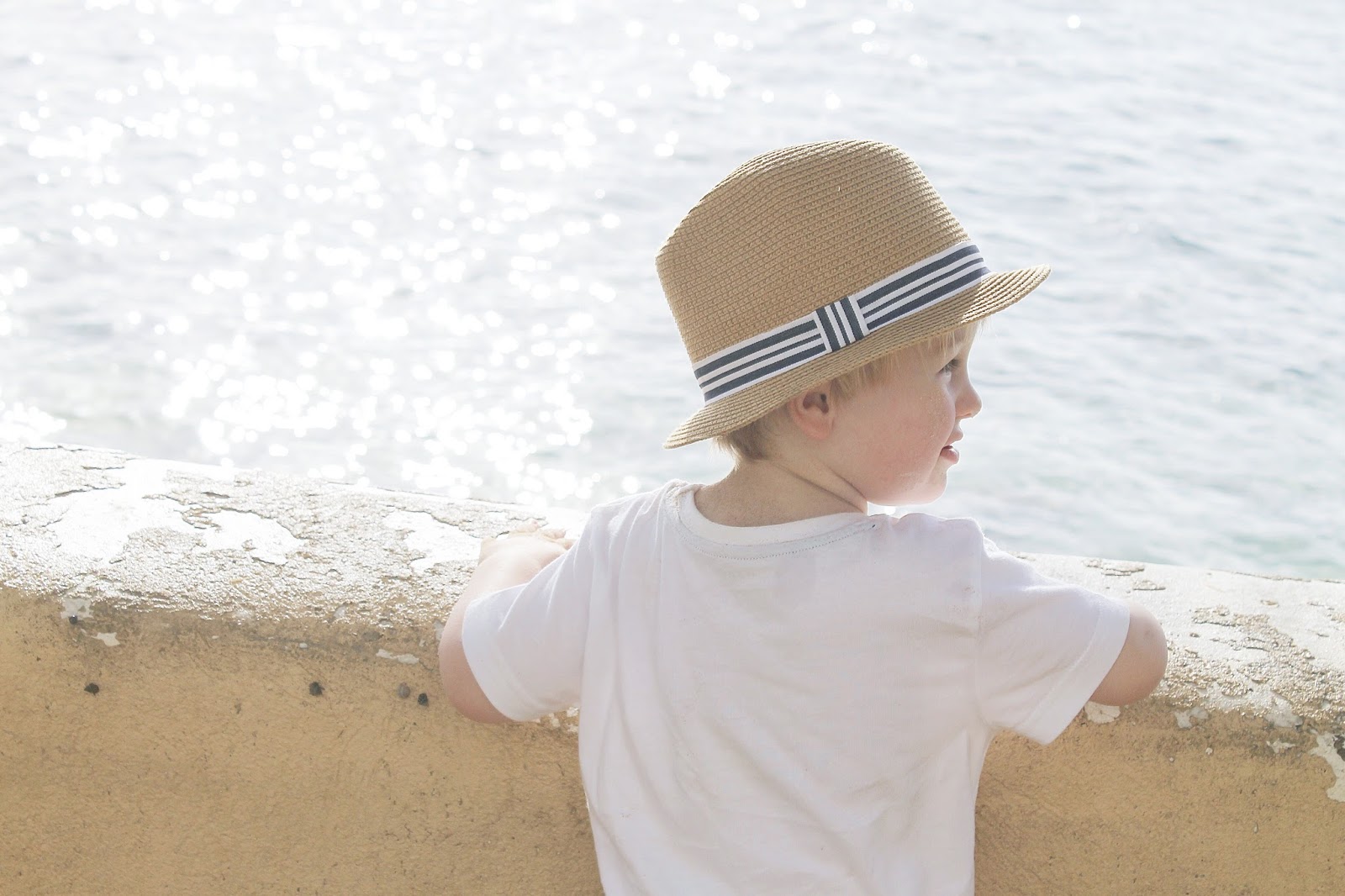 We felt our bodies lift and breathe and succumb to the twisting current, feeling more in ourselves than ever before. All except Oscar, who was a little unsure of the waves sucking him in, so kept running back to shore. 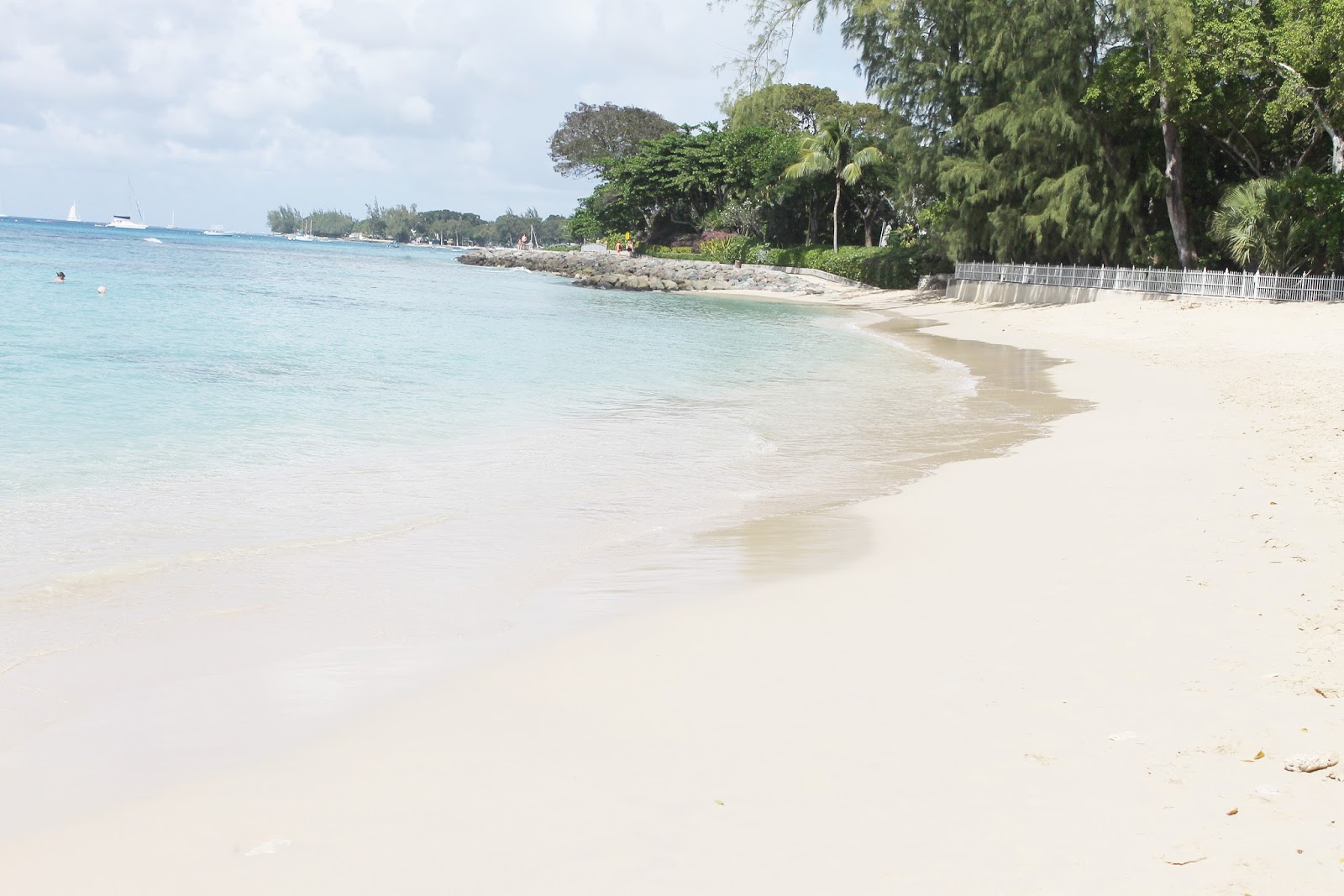 I really felt safe on the island, I enjoyed the presence of other tourists there and lots of hotels and other villas nearby. It’s such a beautiful place to visit with family and even young children, so much beautiful scenery and culture to soak in and you can easily find everything you need, there are so many facilities nearby. 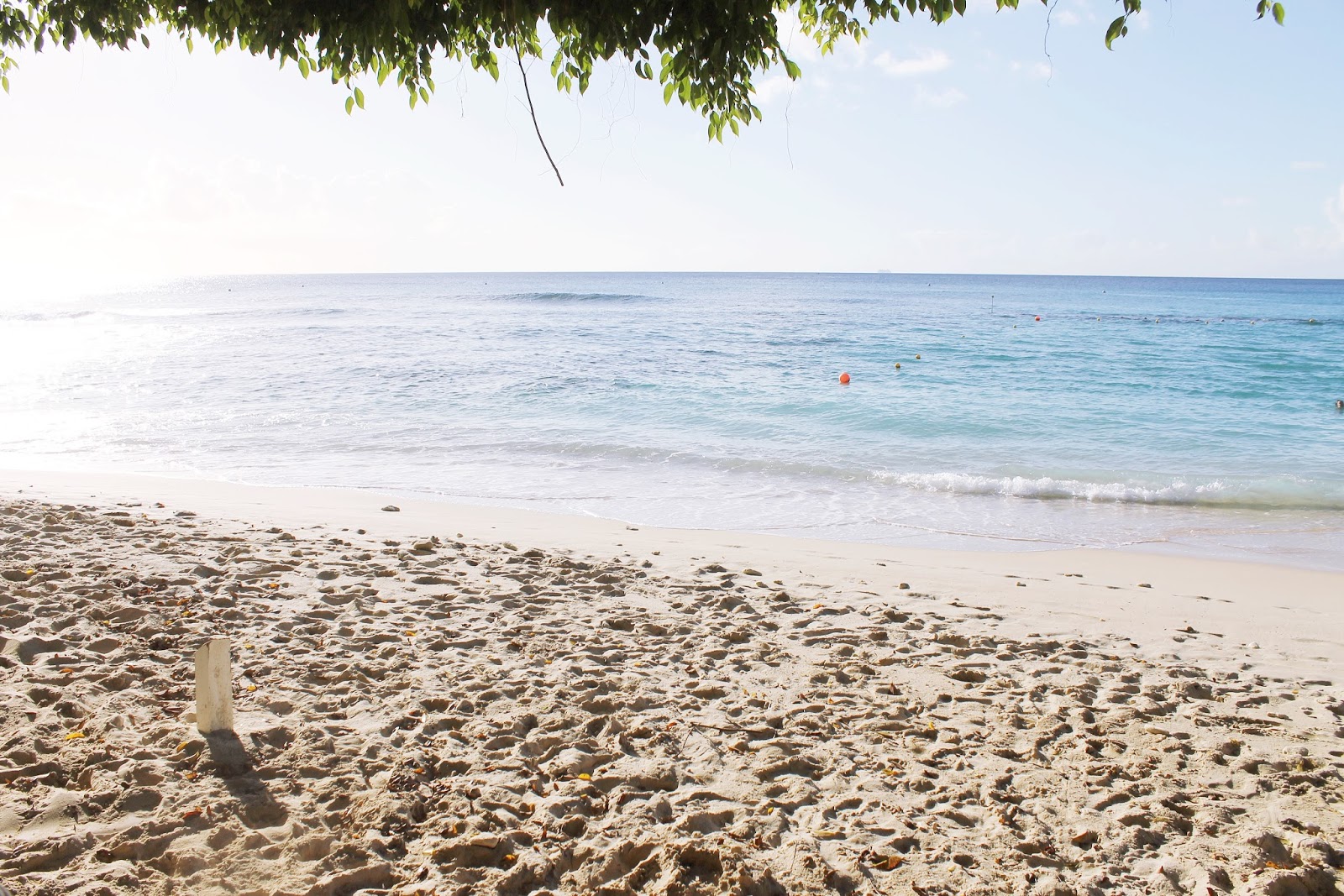 I wish I could run away with the beach monkeys, uproot and live in a treehouse, eating mangoes and braiding flowers and shells in to bracelets. But we have vegetables to plant at home come spring, pies to make, a new home to keep. I adore our little house but can’t help feeling torn between two worlds, one which isn’t mine. 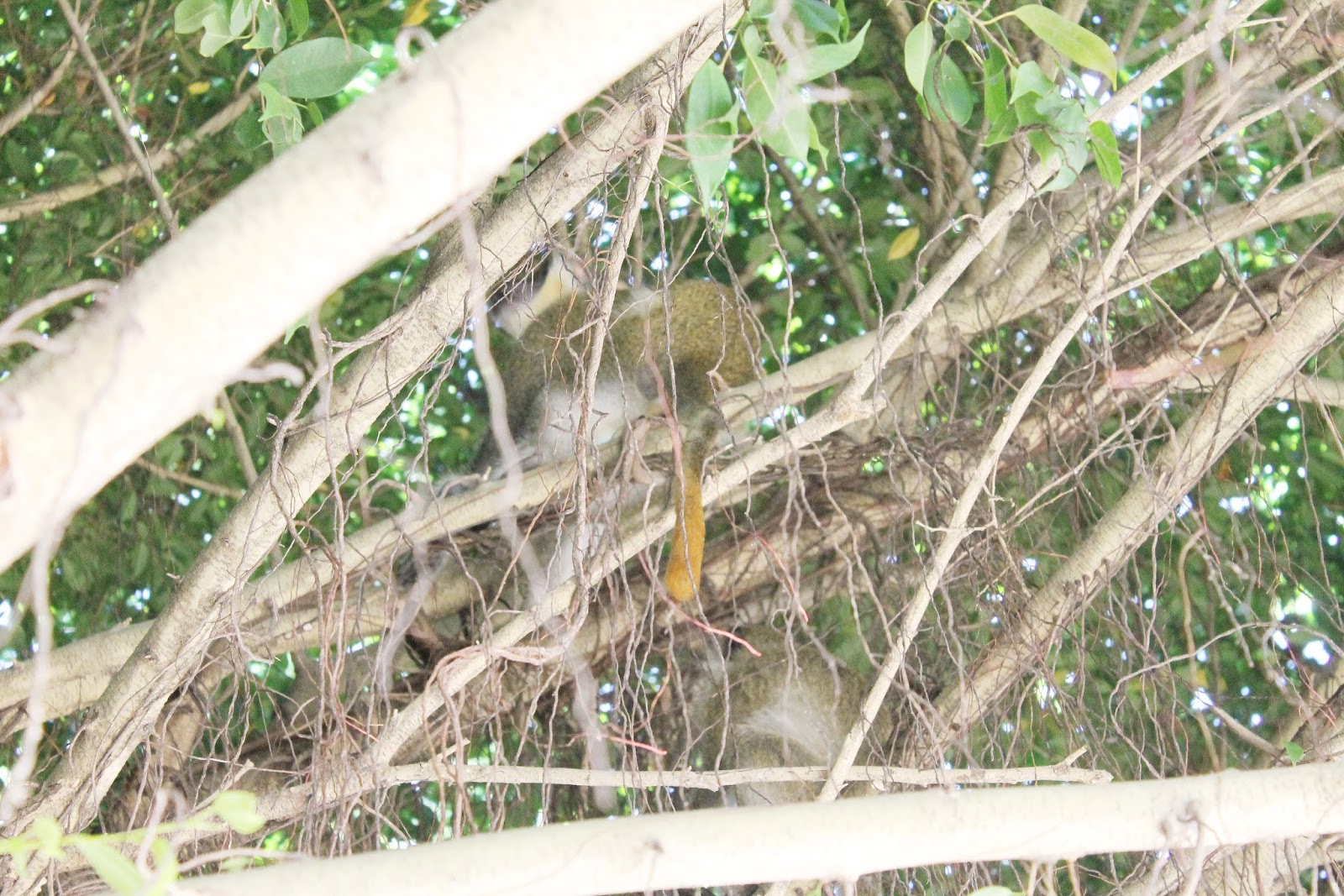 A group of beach monkeys peering down on us from one of the trees overhanging the beach, so cute! 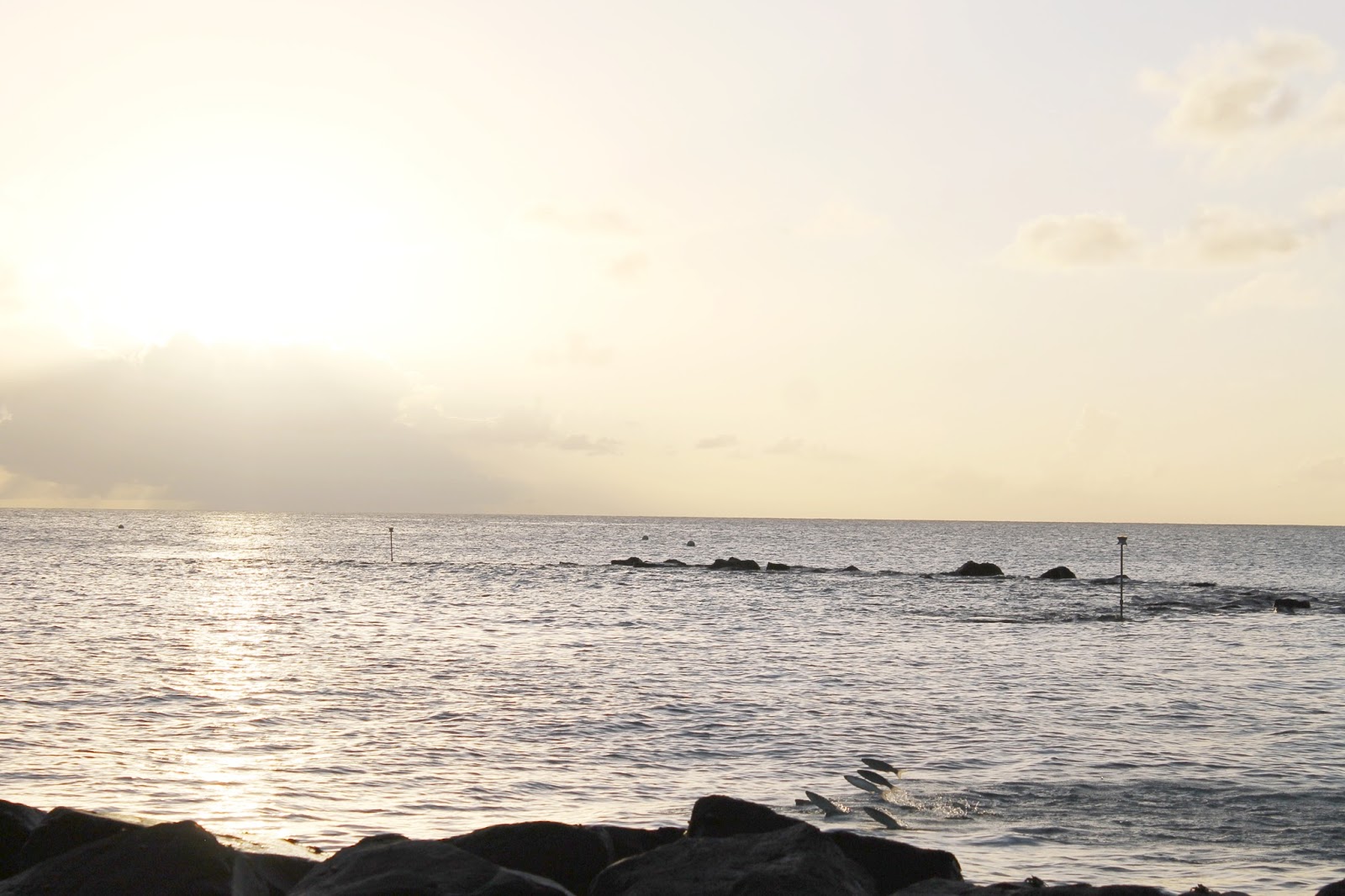 Staying until sunset meant hearing the crickets getting louder and louder, and seeing flying fish leaping out of the shallows before our eyes. It felt totally surreal watching, the Caribbean equivalent of a shooting star. Here, even the moon looks different, a boat shape instead of a crescent. I wish stepping out of Turtle Bay restaurant, full of rum cake and coconut ice cream, would transport me back here. Which places do you dream of? ♡