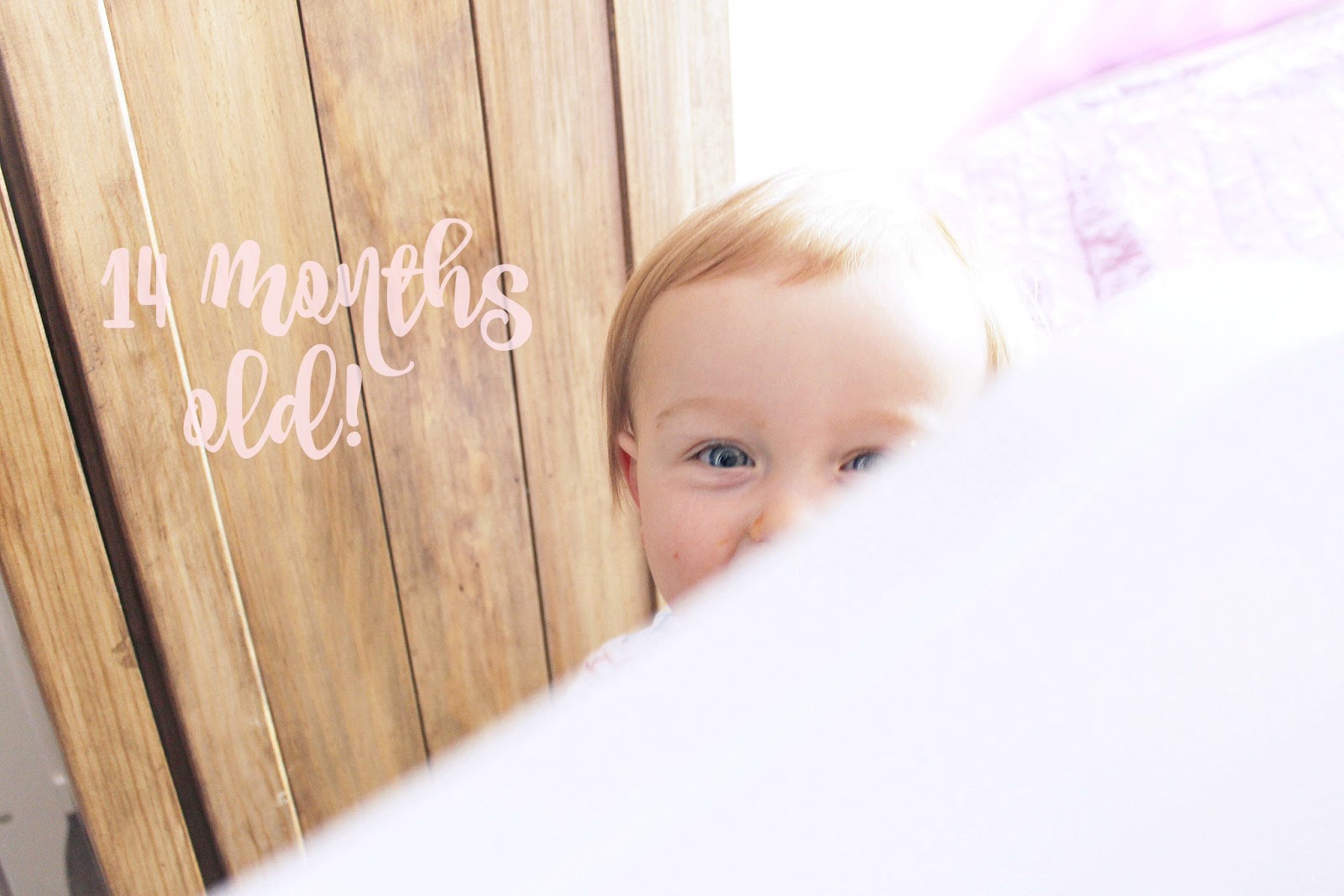 Aka little crazy or mr mcsalty! Quite happily padding round the flat on his own, Oscar can even run now when he wants to. He’s become very confident on his feet and equally as adventurous.

In other words, he’s become a right little mischief! He’s reached that stage where he’s perfectly aware of what not to do, but has a good go at doing it any way. This can include emptying the bin on the floor, turning the washing machine on and off and shaking baby powder everywhere.

He is attracted to any kind of technological device, far more interested in the library computers than the toys in the children’s area, and harbours a special fascination for the washing machine, getting inexplicably excited whenever we put a wash on. He can usually be found walking around with a nutella beard, potato in his hair and beans/chocolate milk spilled down his top!

He loves to express his dislike for banana slices, the vacuum cleaner and the showers at the swimming pool by screaming and shaking his head until it/they leave. I can’t forget the moment where he was confronted by a little girl of about the same age in the library, she was an amazing speaker and went on to compliment his striped socks; meanwhile Oscar just hid in my skirt.

Despite being a monkey, he’s a little prince charming too and is very sweet and affectionate! His softy side is one that I’ve seen more of lately as his attachment grows, and he likes to come up and press his forehead on my knee or plant his mouth on my cheek. It’s one of the most rewarding aspects for me, it’s completely heart melting when he hugs me when he’s scared too.

Lately we’ve been going swimming together, a big challenge for both of us as I often feel unwell, but I’m really lucky to have my sister come along for support. It’s the sweetest thing watching little chou parade round in his swimming nappy! He’s still pretty terrified of the showers but can’t get enough of the toys in the baby pool – especially his favourite little red ball.

We watch Thomas the Tank Engine together – the older version from the good ol’ days, eh! – and he’s crazy about anything with wheels, trains, buses, you name it. He’s such a cutie and I feel so blessed to have that relationship with him and have him depend on me so strongly. It’s something I never experienced in the newborn days or very much up until this stage in his development. I love how he knows me, recognises and loves me.

No new words as yet, but I’m so happy to see him gaining confidence in the water! Were you a water baby when you were small? I was totally terrified of putting my face under still am ♡