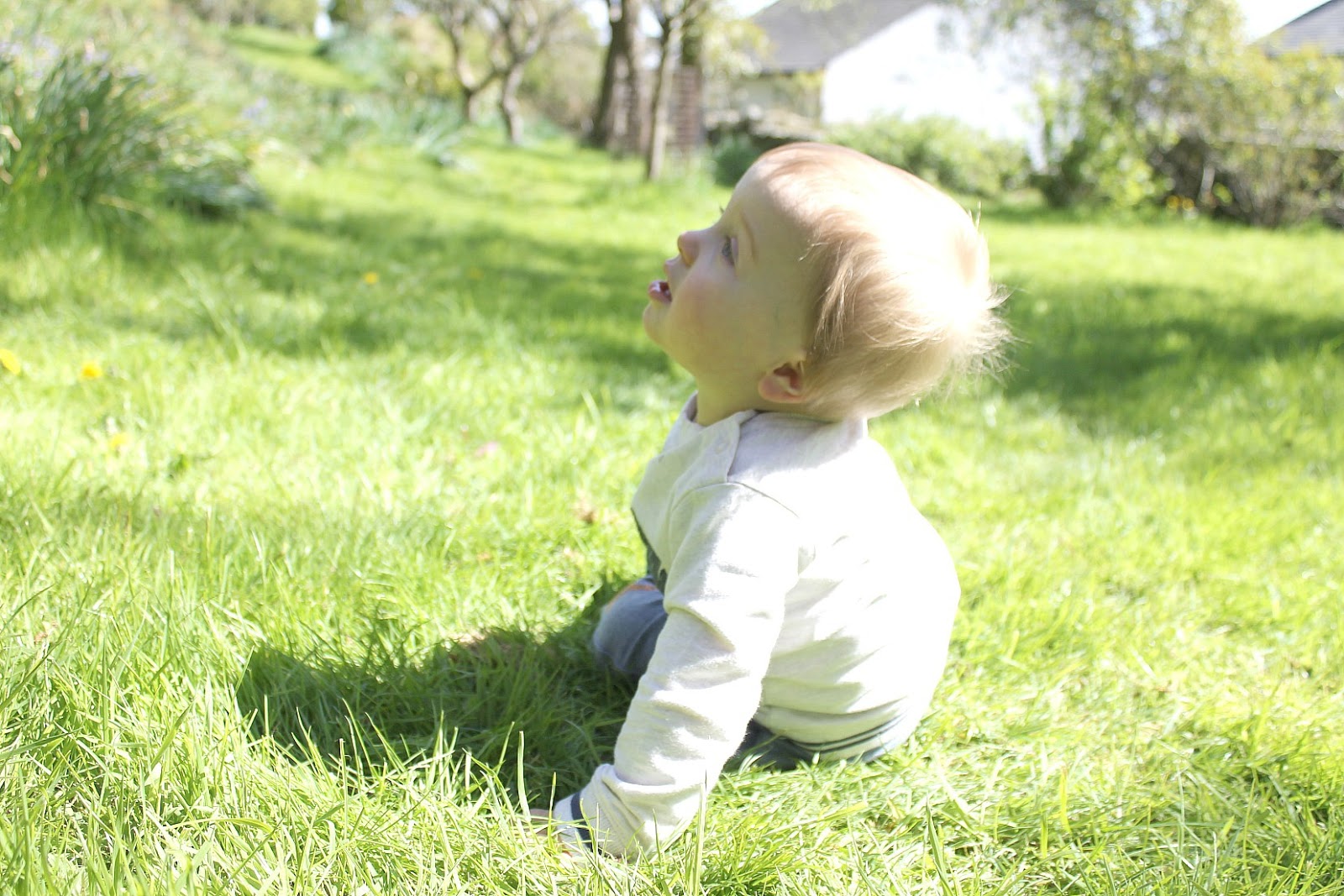 Welcome to the second in a series! I have just returned home from holiday and am currently sorting through a colossal amount of photos for my travel diaries. I’m so excited to write them

up, but today I have a little garden and baby feature for you to enjoy. The orchard is one of my favourite places to sit and to read, and for Oscar to crawl and practice walking, and explore. He loves to do so under the shade of the apple trees, flaunting their blossoms at this time of year.

Oscar has acquired so many new skills whilst staying at his grandparents; he is growing so quickly now that I regret being away from him for even a second, as I just don’t want to miss anything! He can now push himself up on to his feet and comfortably stands there for at least five seconds before toppling over, which has been so amazing to see.

In regard to being away from us properly for the first time – we were away from him for twelve days – he has coped a lot better than we anticipated. By the last stretch of the holiday I was feeling uncomfortable about being away from him so long and restless to get back home and see his little face. Although he was reportedly a little out of sorts at times, he seemed quite calm throughout the whole ordeal and happy to have the unwavering attention of his grandparents.

Sweet natured though he is, Oscar has developed more of a temper with his tantrums and now seems much more like a little boy rather than a baby. He knows how to shake his head and loves to have his own way, whether it is with the washing machine, his favourite, or stealing his own portion of your lunch. He definitely has a mischievous side that we see more and more of each day, now that he is changing in to a toddler.

There have been no new words since, but he now loves to imitate us when it’s something he can do, such as ‘scary lion’ growling noises, shouting, laughing, saying ‘yeh’ and ‘a did-did’ and reaching out for a ‘hi five’ when we wave to him. Thank you so much for your darling comments, so kind! I’m behind on my replies since coming back from holiday and feeling shaken up, but I’m so glad to be home, seeing my little boy and working on my posts! ♡