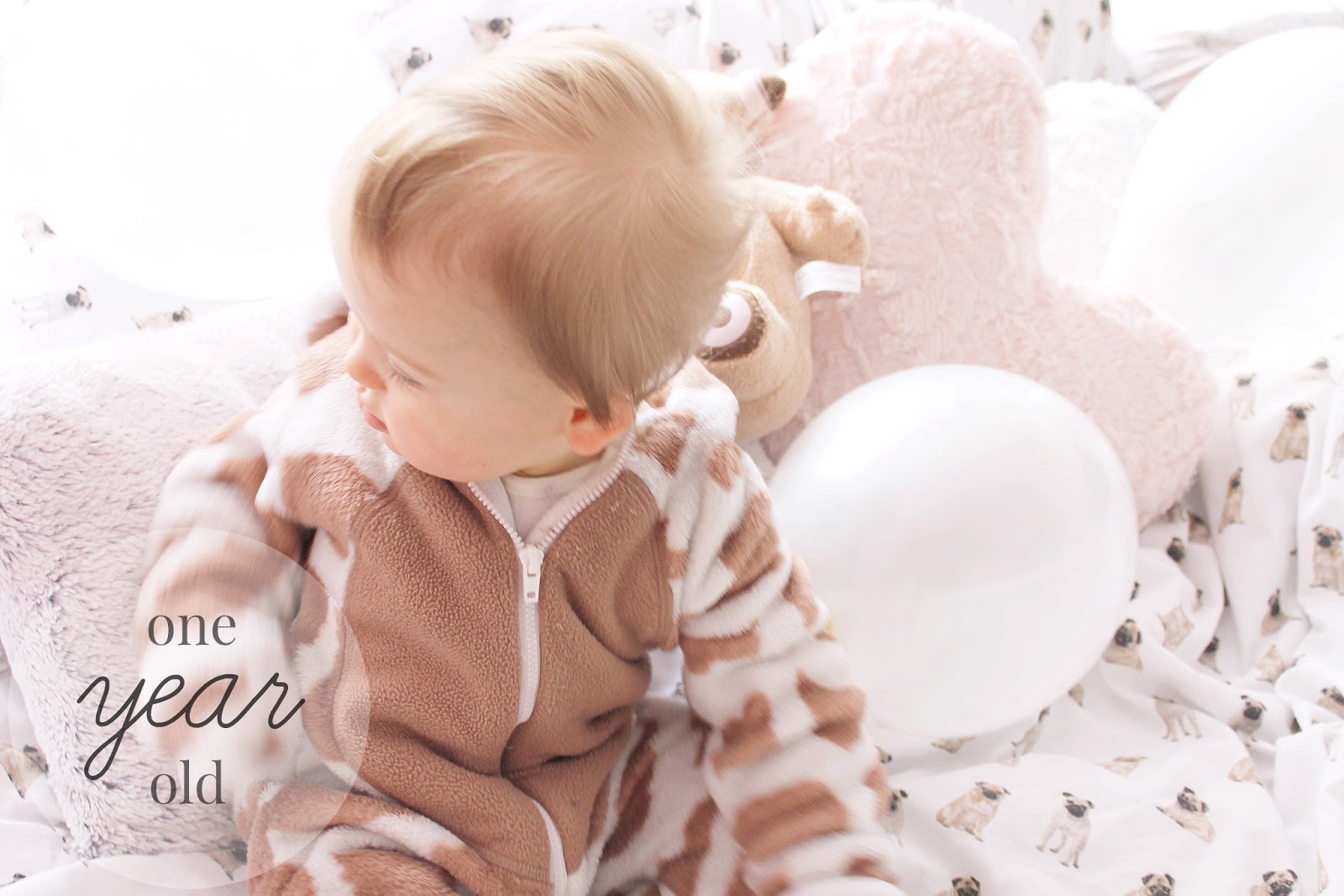 I cannot believe my little pea is a whole year old! Oscar has been developing so quickly over this past month, especially nearer to his first birthday! He now has four teeth, has only just started

to crawl and loves trying to push himself up on his feet. He is incredibly wriggly at the moment, always wanting to be on the go and never wanting to sit still for photos!

Oscar had a lovely birthday filled with family and presents, although got a little upset about everyone singing ‘Happy Birthday’ to him! He enjoyed his red velvet cake and eating wotsits, and his little cousins – all little boys! – came round for a party tea. Needless to say, it ended in the nicest way, with everyone caked in chocolate and Oscar having his second bath of the day!

Look at that innocent little face! An incredible development this month is Oscar’s new ability to feed himself. He hasn’t yet developed the urge to put everything in his mouth, preferring to stroke his food first, and investigate it, rather than eating it. We have been persuading him with rice crackers and wafers for a while, so it felt astonishing to see him finally move the food to his mouth and take big bites! Since then we’ve experimented with a few more foods and Oscar is learning about different textures and how to mash them up using his four teeth and gums.

Another amazing development is his mobility and he seems to have grown a lot stronger and surer while moving around and pushing himself up. He wobbles a lot less and can push himself in to almost any position – he is now a pro at baby yoga – and his favourite is pressing down on his hands and feet, while lifting his bum in the air! He is excellent at walking only while we hold his hands and wants to run so fast it’s hard to keep up with him.

Oscar also has a huge preoccupation with spoons at the moment, so much so that we have to supply him with two at mealtimes – one for feeding, the other for entertainment. He just loves to roll around on the rug with a big shiny spoon, we joke that we should have bought him a cutlery set for his birthday! Further new experiences are brushing teeth for the first time and discovering balloons – he is a little unsure of them and doesn’t like to watch them being inflated. At the moment he prefers to blow raspberries to communicate with us and loves to attract attention on the bus and in other public places.

Thank you so much for your lovely comments on my Oscar posts! I’m planning on doing little updates here and there still as I love recording his progress on here. There will be more spoon and tooth shots on the way so stay tuned, I will post them on my instagram also! ♡