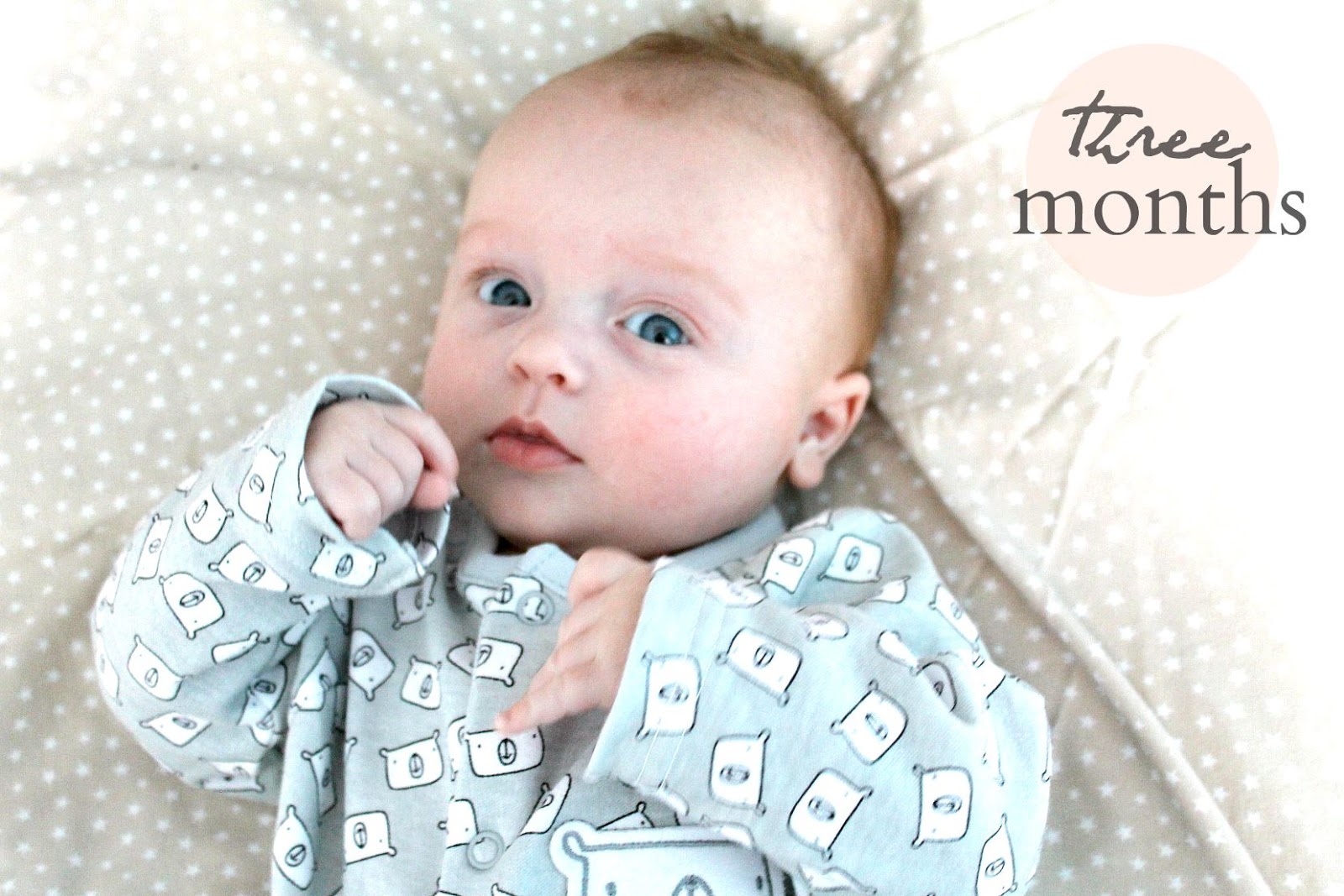 Now Oscar is 13 weeks and hit his 3 month mark on 10th August. His most recent development is sleeping for longer hours most nights – he often only wakes up once at about 3am. We are both still pretty sleepy in the day though! He still sleeps in his co sleeper cot next to our bed, though when he wakes he often tries to wriggle in to our bed now and I think we will be putting up the sides soon. I love to watch him when he sleeps, he reminds me of a little doll with his dimpled mouth and rosy cheeks.

He likes to get in to a grizzle whilst on the train or when he is bored! I have been unwell with a postpartum spell, so we have been spending more time with relatives lately, which Oscar loves as he likes to sit and stare at new faces – and even the lightshade for hours, as it is different to ours at home! He has a new collection of cardboard baby books and we love to sit and look at dinosaurs and rabbits alike! He is also lucky as he has four great-grandmothers and receives a new knitted blanket every time his grandparents come visiting.

Oscar is very sweet natured and loves to spend a good hour or so amusing himself with his toys and telling us about them! There are lots of thoughtful ‘ah-goo’ and ‘wuuu’ noises, especially when we are asking him questions. Lots of giggle faces too, even in his sleep, we hear laughing noises from his pram. He has a fan group of old ladies that we meet on the bus: “it is Oscar, isn’t it?” – and we got talking to a lovely elderly American lady whilst waiting at the bus stop recently!

Little boy bear in his bear suit – he is on to wearing 3-6 months clothing already!